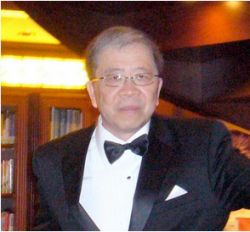 The Taiyo family is saddened by the loss of a very special man and colleague, Chris Liu. After over 25 years of mutual respect in business and friendship, Chris will be sorely missed and never forgotten.

An industry veteran, Chris spent over 40 years in the industry working with Olin Electric, Matrix and Enthone Canada to name a few, before starting his own company, Pentalements, Inc. The company was established in 1994 to serve the PCB Industry in Canada, especially in the provinces of Ontario, Quebec and British Columbia. PCB in Canada was growing rapidly and he felt the local manufacturers deserved more suppliers, to have better choices. His goal was to represent companies that have great products and services for Canadian PCB manufacturers.

Chris was 71 years old and is survived by his wife, a son and a daughter.