A Talk with Alun Morgan of Ventec

People tell me if you want to know what is happening in Europe when it comes to our industry the person to go to is Alun Morgan. Alun is not only the Technology Ambassador for Ventec Great, he is also the president of The European Institute of the PCB Community. (EIPC), which to me means that he truly is the guy with his finger on the pulse of the European PCB community and as you will soon see a true industry legend as well. Enjoy

Dan: Alun, thank you for taking the time to talk with me today. Let’s start off with an easy one. I see that you are the Technology Ambassador for Ventec International. I have to say I love that title. Now tell me what it means and what you do?

Alun: Hello Dan, I love that title too and I love the job! My role is to showcase and promote the technical innovations and developments of Ventec. I do this by presenting technical papers, representing Ventec on international technical committees such as IEC and UL and writing technical articles for journals and magazines. I am proud to be working in a team with such highly motivated and capable individuals.

Dan: What is your background Alun? Can you tell us your story?

Alun: I graduated with a B.Sc. Honors degree in Metallurgy from the Department of Materials Science and Engineering at the University of Surrey in 1979 and started work as a research scientist at the Institute of Physics’ Fulmer Research Institute in the UK. Much as I enjoyed research work, I left the academic world for a position as Technical Manager for Nevin Electric which was in its day a leading PCB shop in the UK. After successfully gaining BS 5750 approval (the forerunner for ISO 9000) for Nevin I was recruited by PCB materials company MAS. Within my first year at MAS the company acquired the former factory of Micaply International in Northwest England and I relocated there taking up the role of Technical Manager and later General Manager. In the early 1990s MAS was acquired by Isola and for some years I split my time between the former Micaply factory and the Isola factory in Scotland eventually becoming Managing Director there. I had by then acquired a taste for international travel and worked on a joint venture project with Isola and Sumitomo Bakelite in establishing a new factory in Batangas in the Philippines. I loved working with my overseas colleagues and in 2001 was promoted to the position of Vice-President of Corporate Operations for the Isola Group with oversight of 14 manufacturing locations worldwide. In 2003 I was part of the divestment team that led to the Isola Group being purchased by the private equity Texas Pacific Group and Redfern Partners. In the following years I reverted to working mainly in Europe and managed the integration of the Polyclad business and the eventual transition out of manufacturing in the UK. My final years prior to retirement with Isola were spent in working on developing business opportunities and relationships with OEMs. I feel privileged to have had the opportunities I had with MAS and Isola and was lucky to have worked with some true giants of our industry such as Carlo Marchi, Augusto Meozzi and Rainer Tillessen – now all sadly departed. The legacy of my international travel was that both of my sons followed in my footsteps and I now have 3 half Filipino and 2 half Chinese grandchildren.

Dan: How are things going with Ventec at this time?

Alun: Ventec has a broad product range covering many specialty areas and although 2020 has been a turbulent year for many in our industry, Ventec has managed to continue strengthening and growing its business. Supply chain has been very much in focus due to trade disputes and the impact of Covid-19. However, Ventec’s wholly owned supply chain from manufacturing to end user and has been effectively leveraged in order to maintain security of supply to its customers.

Dan: What I am very interested in is your tenure as the President of The European Institute of the PCB Community. Can you talk a little bit about the EIPC, what it does and what your role is?

Alun: The EIPC is trade association of professionals of the electronics industry providing platforms to exchange business & technology information for the success of the European and broader electronics industry. The EIPC is a member of the World Electronics Circuit Council (WECC) along with the other main trade associations around the world with which we collaborate to organize the Electronics Circuit World Convention – it was my pleasure to Chair the 13th which was held in Nuremberg in 2014. In a normal year the EIPC organizes workshops and seminars in addition to two conferences which attract international attendance, the last we held was in Rotterdam in February 2020 where delegates from 14 countries including from Asia and North America attended. We always bolt on a social program to our conferences and through our contacts have organized many interesting visits including getting underground access to the Large Hadron Collider at CERN, the Airbus A380 production site, the Skoda factory in Prague and a guided tour of the Eurofighter Typhoon assembly line at Manching. Since the travel restrictions were imposed due to covid-19 we have switched to online webinar “Technical Snapshots” which we hold monthly and focus on a single area of technology. These have been highly successful, but we long to be able to resume our face-to-face conference program. I’m now in my 9th Year as Chairman/President, it has been an honor and pleasure to work with Kirsten Smit-Westenberg, our Executive Director and the rest of our highly talented team.

Dan: Let’s focus on the PCB business in Europe. Can you give us some insight that market at this time? Is it gaining ground at this time?

Alun: European PCB production is estimated to have declined by around 20% from its recent peak in 2018. Even prior to the pandemic the automotive sector was hung over from the diesel-gate scandal and uncertainty caused by the transition to e-mobility. On top of this potential consequences of Brexit were weighing heavy on sentiment so it would be fair to say Europe was already fragile prior to the pandemic striking as it did. Europe suffered the largest fall in GDP in 2020 of any region, around double that of the USA. The additional pressures on aerospace dealt a heavy blow to the many European companies supplying to the commercial aircraft businesses that were impacted by the almost cessation of both business and leisure travel. However, the second half of 2020 showed improvement and some sectors such as medical have been robust throughout. The question now is how quickly our economies will open up post-Covid, there are many speculating that there will be a boom time especially for service sector businesses as they re-open and consumers who have been forced savers indulge themselves. In Europe the Covid-19 vaccine rollout is a mixed bag with UK well out in front of a largely botched deployment in EU member states. There is a danger of this now becoming politically rather than medically driven which would be unfortunate as several continental European countries are now extending or reintroducing lockdown measures in response to a third wave of the pandemic.

Dan: What would you say the similarities and the differences are between the North American market and your European market?

Alun: I see mainly similarities. Both have had to adapt to a wholesale shift of PCB manufacturing to Asia in the past 20 years or so. There have inevitably been winners and losers, those able to adapt and to leverage their competences have thrived, those unwilling or unable to have failed. The major impact of the manufacturing shift has been that on supply chain infrastructure. When I started work there were three copper foil plants, one primary resin producer, a glass weaver and four copper clad laminate manufacturing plants in the UK alone. Today that is all gone and cannot be found in the entire European region and the same is true in North America. What hasn’t changed is that North America and Europe are by far the largest consumer markets in the world. This presents a geographical mismatch between supply and demand which is troublesome in that it inevitably adds risk and cost, even if the eventual price to the consumer has been lowered by using this model. Markets normally work to remove inefficiency and we are seeing more legislation mandating that we consider the “carbon footprint” of our operations and the consequence is already being seen in upward price pressure to consumers. As PCB sector businesses have matured and become more commoditized, in common with many other businesses the supply chain logistics have increasing importance. As the supply chain is now geographically extended the major challenge I see now is the greatly increased costs of logistics for supply to Europe and North America. Not only have freights costs from China soared in recent months, but there is a shortage of containers available that has increased lead times. Adding this to shortages of raw materials presents unprecedented challenges which magnify with distance from the major producers in Asia – logistics management has never mattered more and those with the skills and infrastructure to survive this challenge will be the eventual winners.

Dan: In North America Covid has actually helped our industry a bit with onshoring for example. How about in Europe, how has the pandemic affected the PCB business in Europe?

Alun: There was a boost in Europe in the early months of the pandemic where many PCB producers repurposed their manufacturing to produce medical equipment, especially ventilators. There are isolated examples of onshoring in particular sectors, however the data for the year as a whole shows PCB production significantly down. My feeling is that the downwards step in European manufacturing will not be recovered in revenue terms, however I believe some sectors will recover strongly in value terms.

Dan:  What trends do you see occurring in our industry as a whole?  Do you feel things are getting better or worse?

Alun: I am a strong advocate of technology and am very optimistic for the future. The pace of innovation has continued to accelerate during the pandemic, the very fact that effective vaccines were engineered genetically in such a short timeframe is testament to this. I’m personally very interested in the humanitarian impact of technology and I see great advances being made to enhance our life experiences as we become a more aged population. From the use of Alexa/Google enabled devices to remind us for example to take our medication to the use of biosensors to monitor and maintain health to human augmentation technologies such as exo-skeletons to aid personal mobility, the evidence is all around and it is mainly electronics driven.

Dan: And finally.  How do you think the  shall we say western market (Europe and North America) could do to work better in cooperation in the future?

Alun: I strongly believe that co-operation is the way forward and am always dismayed to see trade disputes or protectionist behaviors as these in my view inevitably lead to consumers paying the price. Accessible electronics designed to enhance our lives should be the primary focus and I would be happy if we could just let the many talented engineers get on with their work in delivering real benefits to humanity.

Dan: Well said, I could not agree more. Thanks again Alun. 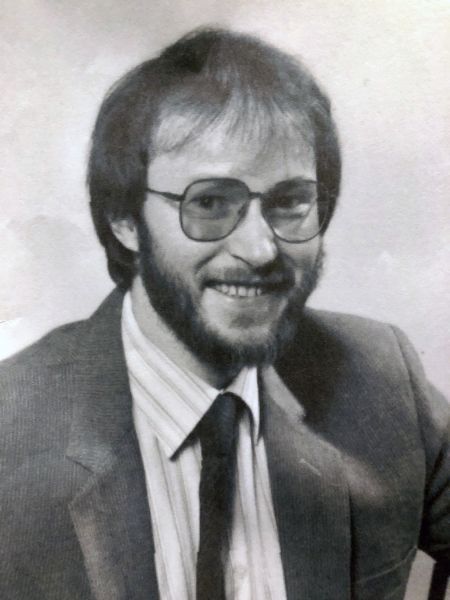 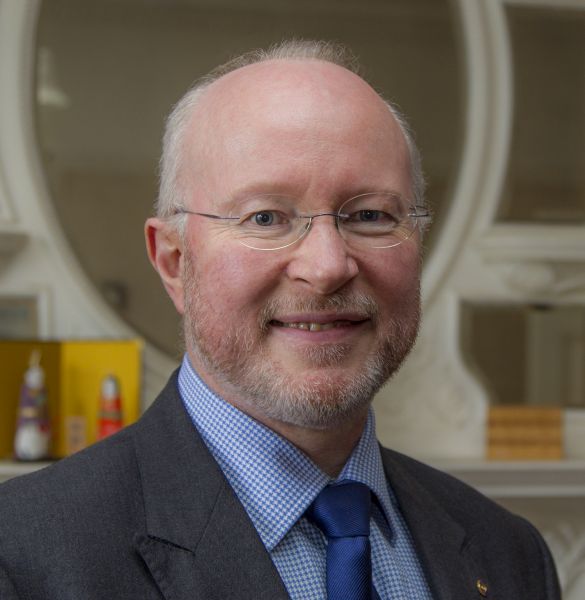 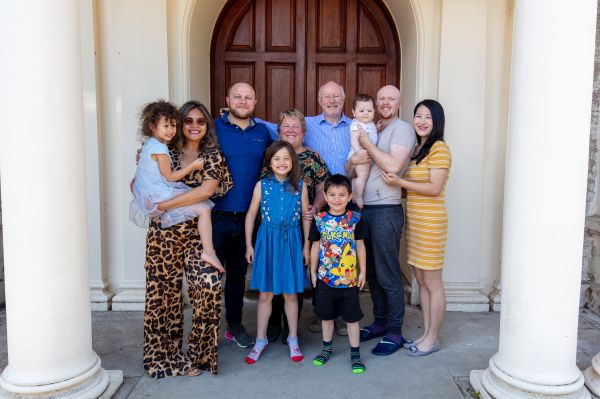