Hanging with a Legend - Chris Kalmus

Chris Kalmus has been in the PCB industry so long there barely was an industry when he started. Actually, his family business, Kalmus and Associates, started as a printing company before it was a printed circuit board company. Which if you think, about it was a logical progression. His father started the business which Chris and his brother Hank started working at in their teens.

Over the years Kalmus & Associates morphed into the present-day company Aurora Circuits of which Chris is the owner and president.

Always an outspoken advocate (and sometimes critic) or our industry, I thought it would be fun to have a chat with Chris and get his thoughts about the current state of our business.

Dan: Chris, Thanks for talking to me today. First, tell me a little bit about Aurora Circuits.

Chris: Sure, my pleasure. We started Kalmus& Associates about fifty years ago with our Broadview facility and then later when we needed more single sided pcb capacity we started Aurora Circuits as our print and etch shop. We still had our Kalmus shop in Chicago that did everything else, but we felt that we needed a single sided shop to meet the demand at that time. Then later when we consolidated our two shops into this one; we expanded our capabilities here at Aurora. Now we do pretty much everything except flex and rigid flex and we are looking into that.

Dan: I understand that there are some technologies that you excel in correct? Talk about that.

Chris: Yes, we are very strong in ultra-heavy copper boards. While most PCB shops no bid anything over 4 ounces of copper on boards, we can do up to 20 ounces and more with our Ultra Heavy Copper capabilities. We also do a great deal of LED work. We like to say that we were building boards for that market before it was cool.

Dan:  What products use such heavy copper boards?

Chris: Electric and autonomous vehicles, transformers, solar panels, battery management and anything that carries a lot of current.

Dan: Let’s turn to Taiyo. What do you like about Taiyo products?

Chris: First the obvious, they are solid and consistent, and we love the engineering support we get. The products are especially consistent when it comes to the LED boards that need white ink that does not turn yellow. But Dan, let me tell you what I really like about Taiyo products and the company in general. They are producing their products right here in the U.S. I feel this is terribly important at this time. I am very concerned about our lack of PCB infrastructure in this country today. Many, if not most of our vendors have left us to go to Asia. We are losing our laminate suppliers, or at least those with products made here and then the same with a lot of our equipment suppliers and I think it is getting worse. If we are going to make a company with onshoring as people are suggesting, we are going to need to bring back some of our domestic infrastructure. And I appreciate that Taiyo continues to support us with their domestic operations in Nevada. This is one of the reasons that I am planning to increase my spend with Taiyo America in the years to come.

Dan: Chris, thanks for that message, I think it is something we should all be very aware of. And thanks for talking to me today.

Aurora Circuits provenance dates back to the early 1950’s. For more information go to www.aurorcircuits.com 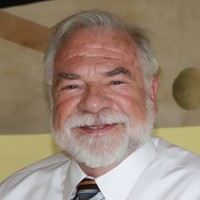